Would you rather read his biography? Read it here: History of Christopher Columbus. If the link doesn't work, copy and paste this URL into your browser - https://wisuru.com/biography/history-of-christopher-columbus/

So, Columbus sets sail for the first time with 3 ships. After sailing for 5 weeks, he lands in the Bahamas. He meets the Arawaks and the Caribs there. After observing them, he decides that Arawaks are weak and can be easily enslaved. He also notices that these people wear gold ornaments. So, he thinks that there should be reserves of gold there. So, he establishes a small settlement there, and returns to Spain, to bring more people. This settlement is named La Navidad. (A map of his voyages can be found below) 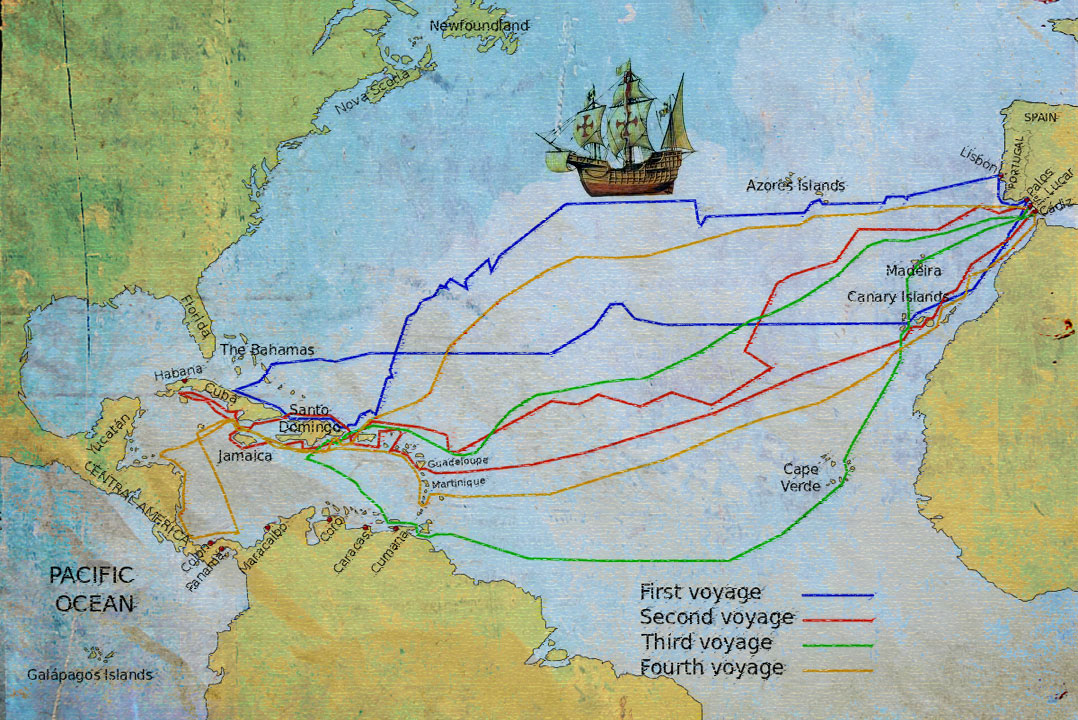 Vasco da Gama and the other Portuguese explorers hadn't reached India yet. So, when Columbus returns to Spain, Europeans think that he had landed in the Indies, which is how Asian countries like India and China were called back then. So, with the support of the Spanish monarchs, he gathers more ships and more men than his first voyage and sets sail. After he reaches La Navidad and finds it destroyed, Columbus establishes a second settlement there. Then, he captures the Arawaks and starts ruling over them. He commands them to find gold for him. If any Arawak fails to provide his share of gold, Columbus cuts off his limbs. Thus, after establishing his tyrannic rule, he returns to Spain.

This reminds me of my state in India, called Tamil Nadu, where I was born. People in my state are proud of their hospitality. In rural areas even now, you can find houses with Thinnai (see picture below), a raised platform outside the house. A Thinnai was meant to be a traveler's resting place. Any traveler can come and rest here. Since Tamil people are very hospitable, they give travelers anything they ask for. But a bad traveler who sits in the Thinnai can ask for a place to sleep inside the house. If you let the traveler sleep inside the house for one night, he would want to have the entire house for himself. Even though this sounds ridiculous, this is exactly what the Spanish did to the Arawaks. 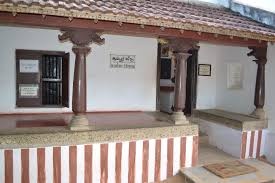 When he returns to the Americas on his third voyage, he finds the settlers and the Arawaks revolting against him. So, he awards them horrific punishments without even conducting a trial (Citation 1). When even that doesn't end the revolt, he stops ruling the entire place by himself. Instead, he decentralizes the power and lets individual Spanish settlers rule over Arawaks. Even though the Arawaks rejoice due to the change in administration, the reality doesn't change much for them. Their new Spanish masters award the same horrific punishments to them.

I can understand why Columbus awarded horrific punishments by dismembering the Arawaks. But why would the Spanish settlers do the same too? Were most Europeans at that time sadists, or was there a reason for their actions? To find out, I take a look at the Stanford prison experiment.

Unable to cope with the atrocities committed by their Spanish masters, many Arawaks commit suicide. Some of them burn the crops, hoping that it will cause drought and kill the settlers. As a result, the Arawaks' population declines exponentially (Citation 2).

By this time, the news of Columbus's failure in effectively ruling the newly discovered regions reaches the Spanish monarchy, and they send him a ship to arrest him and bring him back. After he was brought back to Spain, he is imprisoned for 6 weeks. After that, he is released, and his wealth is restored. But he loses the support of the Spanish Monarchy, due to his poor administrative skills.

Columbus somehow manages to convince the Spanish monarchs to fund his journey for the fourth time. The Spanish monarchy accepts his request but appoints a new governor. Columbus' fourth voyage is uneventful, because he spends most of his voyage in Jamaica, shipwrecked. The new governor doesn't like Columbus, and hence, tries his level best to prevent Columbus from being rescued. But eventually, Columbus and his men get help and return to Spain.