In this week's episode, we take a look at which of Charles Darwin's theories were correct, and which were wrong.

When I posted about Charles Darwin in several Facebook groups, many people argued that Darwin was a failure since many of his theories were disproved. As a kids, I liked monkeys, particularly the way they jump from one branch to another. Even my favorite god is the monkey god Hanuman (I have attached a picture of Hanuman below). So, when I learned about Charles Darwin's theory of evolution, I immediately thought of him as a hero. So, even though I wasn't offended by people arguing that Darwin's theories have been disproved, I wanted to find out how much of it is actually true. So, I decided to create this (and the next episode) which focuses on finding out which of Darwin's theories are accepted today, and which are not. 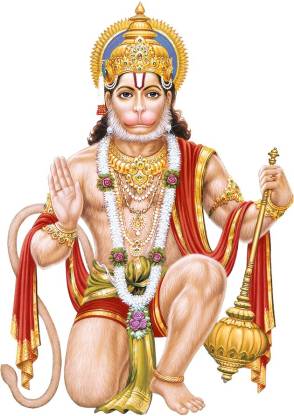 The Theories that Darwin got correct

This is the theory of evolution that Darwin proposed [Citation 1]. He postulated that variations occur randomly in individuals among a species. If these variations are favorable, they help the organism survive and reproduce, and hence, these variations are passed on to the next generation. If they are not favorable, they are lost. Natural Selection is the name given to the combination of factors that automatically decide which organisms get to reproduce and which do not.

Anagenesis is just an extension of Natural Selection. It says that if a species continually evolves, then after several hundreds or thousands of generations, the resulting species would be completely different from the original species. Thus, the new species would have completely replaced the old species. In this case, the original species produces only one new species. There is no branching involved here.

In this concept, the old species does not change into just one new species, but many species. This can happen in species where different populations migrate to different environmentally diverse locations. These populations, facing different natural selection factors, evolve differently into different species after several generations. They wouldn't even be able to mate with each other.

Darwin provided several evidence, from different fields, to support these theories. Moreover, the fossils we have obtained over the years prove that he was correct [Citation 2].

The Theories that Darwin got wrong

Even though Darwin could tell that evolution happened due to the variations that occur in some individuals, he couldn't explain why these variations occurred. It became a big hole in his theory. So, to plug this hole, Darwin introduced the concept of Gemmules. He postulated that Gemmules were small particles shed by all cells in our bodies. Gemmules can grow into the cells from which they were originally shed, if provided with the required nutrition. These Gemmules accumulate in the genital organs. So, when two individuals of opposite sexes mate, a baby is formed from the Gemmules of the parents. However, this theory was proven wrong, when the concept of Genetics was invented.

During Darwin's time, Europeans, who were mostly Christians, believed in Bible which said that the earth is 6,000 years old. But Darwin knew that 6,000 years weren't enough for life to originate and evolve to such an extent, that an intelligent species like human beings came to existence. So, when a Scottish engineer proposed that earth was actually 100 million years old, Darwin immediately sided with him. But Darwin was wrong, since the earth is actually more than 4.5 billion years old.

Darwin imagined the evolution as a single tree, which he called 'The Tree of Life' [Citation 3]. You can see Darwin's sketch of the Tree of Life from 1837, below. Darwin thought that life would have originated from a single species, and eventually branched out into the innumerable species he saw then, like in a tree where a big branch branches out into several small branches and these small branches branch out into even smaller branches. But recent research shows that species not only breed within themselves, but also with other species. Thus, evolution can no more be thought of as a tree, instead, it should be thought of as a web. So, this is one more thing that Darwin got wrong.

Next week, we will look at Charles Darwin's role in Eugenics.